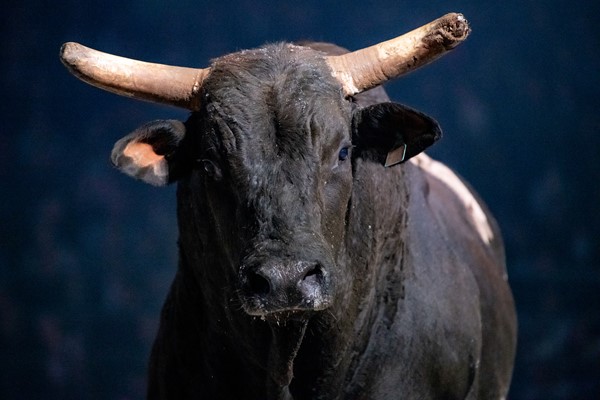 Last weekend in Brisbane, we saw a tight battle between Queensland and New South Wales, with the Maroons coming away with a narrow victory by a single bull ride.

With the series on the line for the Blues, I have no doubts that we will see another close match here in Cairns.

Here are the key matchups you don’t want to miss:

Kelsey Pavlou (QLD) v Roam Aviation High Risk (Dunne Bulls)
The Gracemere cowboy finished Origin I with a couple of quick buckoffs, but he can bounce back here against Roam Aviation High Risk. This bull has had two trips in PBR competition this season. Joshua Jones took him past the 6-second mark in Rockhampton, and Aaron Kleier scored 84.5 points last weekend in Brisbane. In both of those trips, the bull has taken a jump or two out into the centre of the arena and then turned back to the right. If this trend continues, he will turn into Pavlou’s hand, and they should combine for a qualified ride.

Sam Woodall (NSW) v Ariat’s Flaunt It (Dunne Bulls)
Woodall appears to be getting back into his groove after a long injury layoff. He put together a great ride last Saturday night, and this looks to be another suitable matchup. After a long string of buck-offs, the cowboys look to have Ariat’s Flaunt it figured out. The bull has been ridden in his last three outs for an average score of 84.33 points by Brady Fielder, Aaron Kleier and Trefor Sproule. He prefers to turn back to the right, which puts him into the Luddenham bull rider’s hand. That should give Woodall the advantage as the clock ticks towards 8-seconds.

Joseph Down (NSW) v Cattle King King's Ransom (Dittmann Bucking Bulls)
This will be the first time in 2021 that we will see Cattle King King's Ransom. Last season he allowed just one ride from six trips, and that 87.5-point score went to Lawson Nobbs in Rockhampton. Down made a nice bull ride in Round 1 of Origin I, and you can see that his confidence continues to grow as he continues to gain more experience at this level of competition. The bull has the highest average bull score of the bulls we will see in Round 1 at 42.78 points. He will turn back to the right and into the Down’s riding hand, so it will be a challenging but obtainable task for the Muswellbrook young-gun.

Cody Heffernan (NSW) v Humdinger (Dunne Bulls)
Last weekend, the Singleton cowboy picked up his first round win since returning from injury, and I think that form will carry through to this matchup. Humdinger has had just the two trips so far in his debut season, and he has accounted for both riders, with the average buck off time coming at 4.40 seconds. He produced a nice out in Brisbane, diving to the right from the chute. He followed that up with a sharp turn to continue the clockwise spin. Heffernan doesn’t miss out much when these opportunities present themselves, and I can see him coming away with a score in the mid-80-point range.

Brady Fielder (QLD) v Red Flash (Kleier Bucking Bulls)
Fielder was another rider who missed out on a score in both Origin I long rounds, but he doesn’t stay down for long. Before Brisbane, he had ridden his last three long round bulls. We have only seen Red Flash buck twice in PBR competition, and on both occasions, he won his matchups with buckoffs straddling the mid-point of the ride. In his first trip, he turned back to the right, but at the Grand Finals in his second out, he looked right, made half a turn to the left, and stuttered back to the right. Whatever pattern he brings to Cairns, I think the right-handed bull rider from Clermont has him covered.

Macaulie Leather (QLD) v Bad Moon (Dunne Bulls)
Bad Moon has been ridden twice in his seven-out PBR career, and both of those scores belong to left-handed riders. Bailey Woodard was 85 at Airlie Beach, and Aaron Kleier was 84.25 points at the Grand Finals in Townsville. Last season the bull tended to turn back to the left, but at Rockhampton back in May, he quickly reversed back to the right in the early stages of the ride. Leather performed well under the bright lights in his first PBR arena event. The Calliope rookie will get a good start with the bull turning back into his left hand, and that will put him in good shape to finish strong.

Troy Wilkinson (NSW) v Hair Trigger (Brandenburg Bucking Bulls)
The Upper Horton cowboy will be eager to put his name on the leaderboard this weekend after being shut out by a couple of tough bulls in Brisbane. Hair Trigger has been ridden just once in his eight out PBR career, with all buck off's coming in the opening seconds of the ride. The lone score went to the left-handed Jake Curr late in the 2020 season for 83.5 points. The bull’s counterclockwise action suggests that he is a better fit for lefties and that theory will be put to the test against Wilkinson.

Aaron Kleier (QLD) v Forever Amen (Brandenburg Bucking Bulls)
This is a re-match from last season's Grand Finals, where Kleier picked up a qualified ride worth 84.5 points. The Clermont talent led from the front last weekend in Brisbane, converting both of his long round opportunities. The bull goes back to the left delivery this week after bucking off Kelsey Pavlou from the right chutes in Brisbane. Forever Amen tends to make things difficult early in the ride, but the rider can set himself up for a good score if the he can outlast those initial efforts. The bull will most likely turn right and away from Kleier’s hand, but the three-time National Champion is hard to get on the ground.

Lawson Nobbs (QLD) v Notorious (Brandenburg Bucking Bulls)
Last weekend, Nobbs contributed to this team’s aggregate score with a solid ride into his hand, and he has now ridden four of his seven bulls in the 2021 season. This will be a crucial matchup for the Queensland team nearing the end of the round, and I give the Moura cowboy a good chance at making the whistle. Throughout his long PBR career, Notorious has allowed nine qualified rides, and six of those belong to left-handed riders. The bull regularly turns back to the left that will suit Nobbs.

Lachlan Slade (NSW) v High Class Hooker (MJ Bucking Bulls / Brandenburg Bucking Bulls)
Slade leads the Cowboy of Origin competition and looks in red hot form. Here he will face High Class Hooker for the second time in PBR competition. The first bout ended at the 2.9-second mark, with the bull awarded 42.5 points way back in 2017. But that result won't matter tonight. The bull goes back to the right side delivery. He found himself a little close to the chutes last weekend when bucking from the left gates. He has given up ten career scores, and he prefers a clockwise spin which will benefit the Tamworth bull rider.

Lachlan Richardson (NSW) v The D.O.C. (MJ Bucking Bulls / Brandenburg Bucking Bulls)
This will be one of the most anticipated matchups of the night. At the start of the 2020 season, Richardson and The D.O.C. went head-to-head at Ballarat, and they combined for a monster 89.5-point ride. The bull consistently produces excellent outs, and he gives all cowboys a chance at posting a high score. His regular trip features a turn back to the left. That will be away from the Gresford cowboy’s hand, but Richardson looks to be hitting top gear once again after his unwanted run of long round buck offs earlier this season.

Lane Mellers (QLD) v Get A Haircut (Diamond J Bucking Bulls)
Mellers produced a clutch ride aboard the reigning Bucking Bull of the Year in the bonus round last weekend, and his confidence will be sky high heading into tonight. We haven't seen too much of Get A Haircut in PBR competition, but we can be confident that he will turn back to the right following his three performances last season. Jackson Gray owns the only qualified ride, and that was for 87 points on his way to winning in Bundaberg. I think right-handed riders, such as the Mundubbera cowboy, will get along very well with this bull.