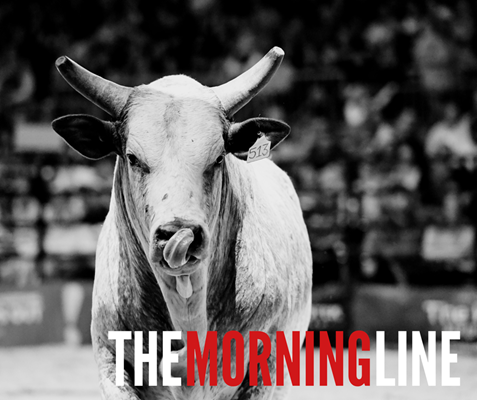 In the previous two editions of the Mackay Invitational, we have seen some monster ride scores posted, and the 2019 draw has the potential to deliver again.

With only five events left in the regular season, we are in the home stretch of the race to the Australian Championship.

None of the riders at the top of the 2019 PBR Australia National Standings can afford to falter.

Ethan Watts on Scene of the Crash (Wallace Bucking Bulls):

This bull has bucked off his last nine riders, but Watts’ recent form is good, covering three of his previous six bulls. The pair previously met at the 2018 Grand Finals where Scene of the Crash produced a PBR career-high 43-point bull score to defeat Watts in 2.25 seconds. The Tamworth bull rider has ridden some quality bovine athletes into his hand over the past two months of competition. With Scene of the Crash expected to enter a right-handed spin, Watts gets an excellent chance to even the score.

Cowboy Cash has given up three scores in his three career PBR outs, and one of those was to Kleier back at PBR Origin in June for 81.5 points (with a second bull in the arena). That score was at the low end of what we have seen other riders accomplish with Justin Paton, and Brady Fielder both marked 84-points during the winter run. Kleier has ridden a bull at 12-straight PBR Australia events for an average score of 85.35 points. Cowboy Cash is expected to turn back into his hand at a steady pace.

Richardson hasn’t been setting the world on fire of late, but he has had a run of bulls that don’t necessarily fit a right-handed rider. That all changes here. Indian Outlaw has been ridden three times from his seven career outs in the PBR. Righties have received all three of those scores and hold a combined 3-0 record against the bull. Cliff Richardson was the last rider to make the whistle on Indian Outlaw, and that was in Cairns this season for 85.5 points. Expect the bull to turn back to the right once again.

This matchup will be the third meeting between Borghero and Silent Rage with the series sitting at 1-all. The bull won the first battle at the 2017 Iron Cowboy in 2.21 seconds. The Beaudesert cowboy then got his revenge at the 2018 Grand Finals after he produced an 84.25-point ride, which was good enough for the Round 3 win. Right-handed riders don’t have the best record against the left spinning bucker who gets ridden 33% of the time in the PBR, but personal history gives Borghero a chance.

High Class Hooker is one of the better draws in this round for a right-handed rider, but he has shown in his last two performances that he is no pushover. He was ridden by Kurt Shephard and Brady Fielder to kick off the winter run, but then produced 44.5 and 43 point outs to win his next two trips. Cavanagh recently returned from a successful USA trip and put together a fourth-place finish at the last event in Grafton. This matchup should be a high-energy encounter and could go either way.

Nobbs also recently returned to Australia following a stint in North America. The Moura bull rider has competed in just three events on Australian soil this season and covered 50% of his bulls. He won the Rockhampton Touring Pro and added a Top-8 finish at Last Cowboy Standing. We watched Brady Fielder cover High Risk at PBR Origin for 85 points. The bovine’s well-timed right-handed action will give Nobbs every opportunity to post a score.

The veteran gets an excellent opportunity to get his name onto the leaderboard here against Disco Duck. This bull gets covered 33% of the time on PBR Australia’s tours and prefers to spin to the left. Disco Duck has allowed two qualified rides to left-handed riders in his last two trips for 83.5 and 83-points. Williamson had a pretty good winter, putting scores on the board regularly and has finished with a score on the board at four of his previous five events.

Iron Jacket is a rider favourite on tour because of his consistent performances and ability to carry a rider to a competitive score. He has given up ride scores in over 50% of his outs and all eight rides have finished in the Top-2 places in each round. This season Iron Jacket has averaged a bull score of 43.33 points. Richardson gets his first shot at the bull here in Mackay.

I do not doubt that Kleier would have good knowledge of this bull even though we have only seen Watch This buck twice in PBR competition. Lawson Nobbs won the long round on this bull in Rockhampton earlier this year with 86.5 points, but Troy Wilkinson was down at 1.99 seconds at Cairns. The Kleier bucker has previously turned back to the left, which will be into Kleier’s hand, with bull scores of 43.5 and 44-points recorded.

It has been almost two years since we last saw Slam n Jam ridden in PBR competition. In his last five trips, he has averaged a bull score of 42.90 points with riders bucking off at an average of 2.89 seconds. It’s the second time that the two MJ Bucking Bulls team members have faced off. Mellers bucked off Slam n Jam at Julia Creek earlier this year but the Mundubbera cowboy will be fired up for this challenge following his successful Unleash The Beast debut last weekend.

POA Fully Locked & Loaded has carried the last two Mackay Invitational Champions to victory with monster scores. Could we see it for the third time? We may. Fielder is statistically the hottest bull rider in Australia. He has ridden nine of his last eleven bulls with the two buck-offs occurring past the 6.5-second mark. The bull is the front runner for the 2019 Bucking Bull of the Year race and has bucked off his last six riders, averaging a bull score of 44.17 points in the process. An in-form right-handed cowboy against a bull that has allowed just five scores in his career with all qualified rides going to righties. I can’t wait.

Richardson and POA Lock n Load met up in Cairns earlier this season with the bull emerging with the 3.27-second win and posting a bull score of 43.5 points. That buck off kicked off a four-victory streak for the Dittmann bucker. Richardson has ridden three of his previous four bulls with his only falter coming at the hands of the very smart Black Tuxedo. POA Lock n Load should turn back to the right and give the Gresford cowboy the l