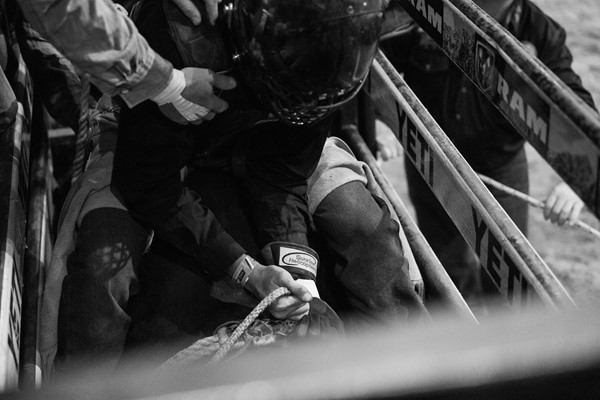 It has been five weeks since we last bucked bulls under the PBR Australia banner, but we are back tonight with Touring Pro Division action at the Burnett Heads Field.

During July, the cowboys were in outstanding form, recording a riding percentage of over 35% across the three-event run. Riders will look to continue their good form tonight, but it won't be an easy task, with plenty of short-go calibre bulls making their appearance during the two rounds of competition.

View the daysheet for the 2021 Burnett Heads Touring Pro.

Kelsey Pavlou on Seek and Destroy (Dunne Bulls)
Pavlou has ridden his last two bulls on tour, and he gets an excellent chance to keep the ball rolling here in the opening round. Both of those efforts were on bulls that turned back into his right riding hand, and that is the pattern we are expecting from Seek and Destroy in this out. This bull is approaching 30 trips in PBR Australia competition, and he gets ridden once in every three outs on average. This will be the bull's season debut after he was ridden twice in a row to conclude the 2020 season for lower-than-average scores, but the Toora cowboy should be able to gain a few extra points with some vigorous riding.

Macaulie Leather on Ambush (MJ Bucking Bulls and Keliher Bucking Bulls)
Ambush is only in the early stages of his PBR career after graduating from ABBI competition, but he is fast becoming a rider favourite. He can turn back in either direction, but we have seen him turn back to the right in his past few trips from the right delivery. That will put him away from Leather's riding hand, but the Calliope young gun continues to excel at this level of the sport. He pushed his season riding percentage up to almost 50% with a strong 2-for-2, a second-place finish at Rockhampton at the end of July. In Brisbane at the opening PBR Origin, fellow leftie Kurt Shephard was marked 86.50 points to win in the Bonus Round aboard this bull. I expect a similar result here.

Aaron Kleier on Slink E Malinki (JD Bucking Bulls)
The three-time National Champion sits atop the PBR Australia standings and looks to be cruising with a riding percentage of almost 70%. Here he faces Slink E Malinki, who we have seen twice on tour so far in his career. Both of those trips were at the May double-header in Rockhampton. On the Friday, Lachlan Richardson posted 85-points after the bull turned back to the left. The bull repeated that trip on the Saturday night of the competition, so I think we can assume that he will spin into Kleier's riding hand. This looks to be a matchup that will heavily favour the Clermont talent.

Kurt Shephard on Tezzas Pride (JD Bucking Bulls)
Tezzas Pride has begun his PBR Australia career with six straight buck offs. The last five of those six cowboys that this bull has beaten were right-handed riders, and the average buck off time has been after the mid-point of the ride. The bull prefers an anti-clockwise spin, which should tip the advantage towards the left-handed Mareeba cowboy in this matchup. Shephard has ridden 70% of his bulls since kicking off his 2021 campaign in June. As long as he gets a good start, the bull's unbeaten streak is in grave danger of being snapped.

Sam Woodall on Mighty Whitey (Wallace Bucking Bulls)
Woodall's confidence should be peaking now. He went 3-for-5 across the PBR Origin series and picked up the win at the Dittmann Bucking Bulls Bull Pit event last weekend. But he will need all the determination he can muster to beat Mighty Whitey here. This will be the second time they have matched up, with the bull winning their bout in Mackay last season. The bull has bucked off a PBR Australia high 20-straight riders, with his overall record now sitting at just two scores allowed from 25 trips. He turns back to the left, which puts him away from the Heywood talent's hand and makes the task just a bit tougher.

Bailey Woodard on Little Thunder (ST Bucking Bulls)
This will be the third time these two athletes have matched up in PBR competition, and Little Thunder has come away with the win on both occasions. During the most recent occasion at Brisbane in July, Woodall made an excellent attempt, with the clock stopping at 6.95 seconds. The bull is unridden through ten performances and has really started to put together some intense outs, pushing his bull scores up into the 42–43-point range. He will turn back into the Dingo cowboy's left riding hand, and with their latest matchup fresh in his mind, I think the Woodall will go close to leaving the arena that elusive score.

Lawson Nobbs on Iron Jacket (Wallace Bucking Bulls)
I think that Nobbs would have perked up when he saw this matchup on the daysheet during the week. Iron Jacket is one of those bulls that riders love to draw. He bucks hard and produces a relatively consistent trip. The bull has combined with 16 riders for qualified rides from 28 PBR Australia trips. The last two scores went to left-handed riders in the mid-80 point range. This season, Nobbs has been riding well, covering more than half of his bulls to sit inside the Top 5 in the national standings. Anything less than 8-seconds here will be one that got away for the Moura bull rider.

Brady Fielder on Russian Roulette (ST Bucking Bulls)
The Clermont talent was another rider who went a perfect 2-for-2 at the last PBR Australia tour stop in Rockhampton, and this looks like an intriguing matchup for him. Russian Roulette has put together a ten ride buck off streak, which goes back to the Newcastle Invitational in 2019. He is always to the right, which puts him into Fielder's hand, and his bull scores are consistently in the 42-point range. This is a rematch from Beaudesert last season, where the bull won in 6.48 seconds. I don't think Fielder will let him get away twice, and I have this marked as a potential round winning trip.