PBR Australia Partners with North Queensland Elite Rodeo for May 29 Back to the Heartland Series Event in Townsville, Queensland 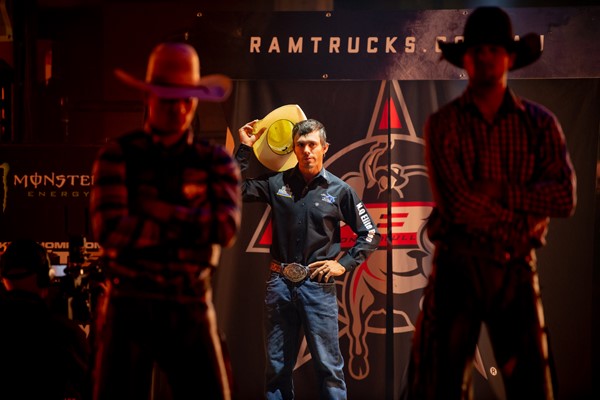 PBR (Professional Bull Riders) Australia has announced a new partnership with North Queensland Elite Rodeo, uniting with the May 29 event in Townsville, Queensland, to host a stop on the league’s Back to the Heartland Series.

“PBR Australia’s 2021 Back to the Heartland Series is not only about returning to locations where our sport first started, but also supporting those who helped us in the early days so we can continue to grow western sports in Australia, “ said Glen Young,  General Manager of PBR Australia.

“Quentin and Sandy Kersh from North Queensland Elite Rodeo have been a part of the PBR in many ways since its inception in Australia, displaying unwavering support for the nation’s rodeo athletes of all ages. Their undeniable commitment, coupled with our strong ties to the Townsville community, which hosts our Grand Finals, made this event a natural partnership as we seek to support the local community, and give back by aligning with a rodeo with a strong focus on junior development.”

The 2021 North Queensland Elite Junior Rodeo will abide by a series of health standards and protocols as approved by Queensland Health, including:

Following the junior rodeo portion of the action-packed evening, the PBR event will get underway at 7:00 p.m. EDT. Featuring 20 of the nation’s top bull riders, all riders will attempt one bull each in Round 1, with the Top 6 advancing to the championship round later that evening where they will attempt one additional bull in an effort to be crowned the event champion.

Positioned just prior to the start of the three-event PBR Origin state vs. state showdown, the Back to the Heartland Series event will be crucial for riders as they vie for one of 10 remaining positions on both Team Queensland and New South Wales for the event modeled after the State of Origin Rugby League event that is considered Australian sport’s greatest rivalry.

The league’s return to Townsville comes on the heels of the city welcoming the PBR for the 2020 Grand Finals, which punctuated one of the Australia’s most competitive national title races in history.

Following the PBR event, the North Queensland Elite Junior Rodeo will come to a climatic end when Queensland native’s White and Shubert take to the stage for the accompanying concert, part of their Talk About Tour, at 8:00 p.m. AEDT.

White is the 41st winner of Toyota Star Maker, joining an elite club whose alumni include the likes of Keith Urban, Lee Kernaghan, Travis Collins and Sam McClymont. Recently finalizing her Star Maker album Undone, White’s singles include, “Drowning My Sorrows,” “I Can’t Outrun You,” and “Lay It On Me.”

Schubert was featured at Winton’s Way Out West Fest, performing alongside artists such as Jon Pardi and Brett Eldridge. Additionally, Schubert, who has had a lifelong passion for country music, has toured with Urban on his Light The Fuse Australian Tour, and opened for both Tina Arena and Lee Kernaghan.

Tickets for the 2021 North Queensland Elite Junior Rodeo, which includes admission to both the PBR event and Talk Back Tour concert, are on-sale now and can be purchased at TryBooking.com.